A Tale of Two Countries: British Vs American English

English… The language that almost every country seeks to master in order for it to be considered a true global player. You may have wondered why the English language is used for global communication. The answer is quite similar to why there is a sudden demand to learn Chinese: business, politics and which country will hold the much coveted ‘superpower’ title. For years, English has been evolving. The digital revolution has accelerated its evolution with new terms and slangs coming out every year. Whether it be in America or the United Kingdom, English continues to have some border-specific rules.

Technology has solidified the need for global citizens to have, at the very least, a basic grasp of the language. As the digital space grows to unify us, it would be interesting to see whether that would, in turn, affect any aspect of grammar evolution in the English language. But for now, let us take a quick, shallow dive into the factors that prompted the differences between American and British English. While we are immersed in our Dickens-less version of A Tale of Two… er… Countries, we will also explore some of the basic grammatical differences that every editor ought to know about.

The most drastic form of differences that editors face comes to the written form. However, it is universally apparent that both versions differ phonetically. Starting with the accent, we find that the American form of pronunciation is actually closer to the original speakers of English because of its rhoticity (pronunciation of the ‘r’ sound) until it was historically considered ‘upper class’ to adopt non-rhoticity in Southern England. This, over time, transformed into the standard British accent that we find people swooning over in the modern world. Of course, variations of accents are present even within different cities and states, let alone across borders. There are more nuances to this subject, so readers who are interested can follow the below link “Do you speak American?”, a PBS documentary that explores the history of English in America.

Another notable difference is the difference in spelling. The reason behind this divide is Noah Webster. “Aha! That dictionary guy!” was my first thought when I read his name. And yes, he is the mind behind the much-touted Webster’s Dictionary. Back when America had gained its independence, Webster believed it important to establish a separate culture independent of their former oppressors – the British. What better way to establish that than with language, the very fabric of any culture?

Right from the basic color vs. colour to the slightly more esoteric anesthesia vs. anaesthesia, the differences can be explained if one could understand the basic rule behind them.

Greek-derived spellings that saw the ‘-ise’ in British Engish became an ‘-ize’ in American English. Likewise, ‘-yse’ became ‘-yze’ and ‘-ogue’ became ‘-og’, while both ‘ae’ and ‘oe’ in the Greek words became simplified to an ‘e’. It is important to note that the British English accepts both the ‘-ise’ and ‘-ize’ variations, whereas the American English follows the ‘-ize’ version. Most international organizations tend to follow the ‘-ize’ version

Of course, there are more differences like sulfur vs sulphur and aluminum vs aluminium, which, thanks to Mr. Webster, has left us all scratching our heads. Luckily his other radical variations like tung instead of tongue and wimmin for women never took off.

Apart from the difference in their use of quotation marks American and British English face off in their usage of punctuation in their titles. Titles such as ‘Mr’, ‘Mrs’, and ‘Dr’ will be followed by a full stop (.) when used by their American counterparts: thus, Mr., Mrs., and Dr. would be considered appropriate according to American usage.

The past tense of certain verbs is another focus point for editors when it comes to deciphering which style of English one must follow. For instance, verbs like to dream in the past tense become dreamt according to the British (Br) and dreamed according to the Americans (Am). The same can be seen in the case of to learn, to wet and to fit forms: learnt (Br) vs learned (Am), wet (Br) vs wetted (Am) and fit (Br) vs fitted (Am).

Of course, these differences are not specific to England and America. Former English colonial nations, including India, follow the British standards for English. Despite the differences, editors are usually told which style of English they are required to follow. It is very possible that editors or readers may have come across other variations that they have found to be of interest. Feel free to share them below!

What next for you?

You may read or watch the following: 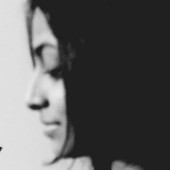 Greetings on US National Grammar Day